Chief Minister Arvind Kejriwal visited the Indian Agricultural Research Institute on Thursday to see the bio-decomposer technique of converting crop stubble into compost, which is deemed a cost-effective way to deal with air pollution caused due to crop stubble burning.

The technology, called ‘Pusa Decomposer’, involves making a liquid formulation using decomposer capsules and readily available inputs, fermenting it over 8-10 days, and then spraying the mixture on fields with crop stubble to ensure speedy bio-decomposition of the stubble.

This technique will decrease the use of fertilisers and increase the productivity of the farm soil.

Delhi and many other North Indian States are covered with smoke due to stubble burning in the neighbouring States by the farmers. We visited the Pusa Agricultural Institute today and spoke to its director.

They have developed a new and innovative technique, under which they give four capsules, with the help of which the farmers can prepare 25 litre of liquid mixture with jaggery and chickpea flour, which is sufficient to cover 1 hectare of land.

When the farmer sprays the liquid mix on the stubble, the stubble softens and melts down in 20 days. The farmer can then begin sowing again and he does not need to burn the crop stubble.

The soil loses its richness due to stubble burning and it also destroys the useful bacteria and fungi in the soil, apart from causing harm to the environment.

The cost of the capsule

is very less and the Delhi government would soon be getting a proposal with all the important details. The technique was the result of many years of hardwork and efforts of the scientists who got the validation after a year after all their pilot testing and projection. 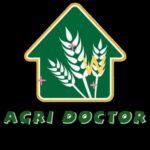